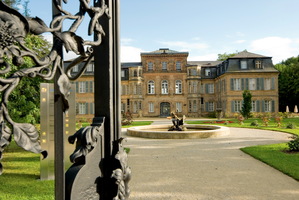 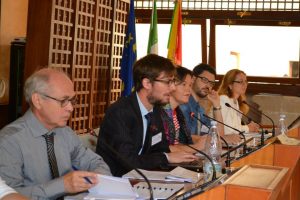 The RIQAA project revealed that quality assurance agencies have rapidly expanded their international activities, while higher education institutions are keen to take advantage from the opportunities of a cross-border external review. But even though cross-border reviews are a reality in almost all EHEA member countries, only a small number of countries allow their higher education institutions to work with a suitable quality assurance agency from abroad.
International evaluations or accreditations in these countries often happens in addition and parallel to the national, mandatory external quality assurance, rather than being recognised as part of it. This leads to an unproductive duplication of efforts and does not contribute to promoting a genuine European dimension to quality assurance.

Higher education institutions consider as main benefits the development of an international profile, a review that best suits their needs, and enhanced recognition of their degrees

In order to enhance cross-border external quality assurance and to promote the European dimension in quality assurance, a number of recommendations have been formulated with a view to the upcoming EHEA Ministerial Communiqué in May 2015 in Yerevan. EHEA ministers and governments are therefore recommended to fully implement their commitments made in the Bucharest Conference and in particular to:

The last two chapters of the report elaborate further on the conclusions and contain additional recommendations, addressed to quality assurance agencies, higher education institutions and EQAR.

The project promotes international, cross-border quality assurance activities and approaches. At the same time it aims to provide evidence on the benefits for higher education institutions to work with quality assurance agencies from other countries on the basis of the European Standards and Guidelines for Quality Assurance (ESG) as a common frame of reference and using the European Quality Assurance Register for Higher Education (EQAR) as a guarantor of the ESG.

The results of the project will enable higher education institutions to make an informed choice to work with internationally active quality assurance agencies adapted to their specific mission and profile. Giving institution access to external quality assurance tailored to their education programmes will create better conditions for quality enhancement and increase the attractiveness of their higher education offer in an international environment.

The project aims to provide stakeholders and policy makers with information regarding the existing legal practices in EHEA countries recognising EQAR-registered agencies.

Additionally the project looks into how HEIs make use of the existing possibilities to request quality reviews by foreign agencies listed on the Register, as well as the rationale behind it. The strategic objective/aim is to promote, through EQAR, international trust and recognition of registered QAAs, their results and decisions throughout the EHEA.

The aim that EQAR-registered QAAs would be recognised throughout the entire European Higher Education Area (EHEA), and that HEIs would be able to choose freely to work with any registered agency, was set out as a main objective for EQAR in the E4 Group Report to the London Conference of Ministers on a European Register of Quality Assurance Agencies (2007).

The commitment was further endorsed within the London Ministerial Communiqué (2007) and underlined in the European Commission’s Report on Progress in Quality Assurance in Higher Education.

In January 2012, the EQAR General Assembly, including representatives of European governments and stakeholder organisations, further emphasised this aim by agreeing that the promotion of recognition of registered agencies is a strategic priority in EQAR’s work during the years to come and the 2012-2013 EQAR plan of work specifically points out to the need to conduct an analysis of recognition for EQAR registered agencies.

Enabling HEIs to work with a QAA that best fits their own mission and profile contributes to:

Recognition of activities of EQAR-registered agencies currently takes various shapes: some countries fully recognise all activities and decisions of foreign EQAR-registered QAAs, while others have a two-step procedure, in which the final decision on issues such as accreditation for example still lies with the national QAA or other bodies. EQAR-registered QAAs can be used for quality assessing joint degree programmes (Denmark) or used for quality ensuring cross-border provision (Poland). According to the 2012 Bologna Process implementation report, fourteen EHEA national systems claim that all HEIs are free to be evaluated by other QAAs other than their own (not necessarily EQAR-registered), while other eight countries suggest that under certain conditions, some agencies are able to pursue this route The analysis aims to provide a better understanding of the current situation.

The project will aim to respond to a number of questions:

The official timeline for the project (according to the activities set out in EC LLP grants, Erasmus Accompanying Measures) is October 2013 – September 2014. The following activities will be carried out during this timeframe:

The provided examples describe how some countries in the EHEA are using EQAR as a reference for national legislation in order to recognise external quality assurance agencies and their results.

The gathered information will be continuously updated on the website at: EQAR Register-map.

The project was co-financed with help from the European Commission’s Lifelong Learning Programme. This web page reflects the views only of the author, and the Commission cannot be held responsible or any use which may be made of the information contained therein.